The Amazing Function Of Surrealism Art In Todays World 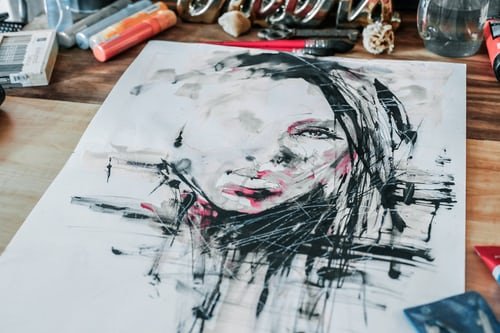 Surrealism was a radical, revolutionary movement that aimed to upheave people on both a personal and societal level. Despite the fact that the Surrealist movement as a whole has died out, artists have continued to use surreal art for revolutionary objectives ever since. Surrealism allows us to experience art in its purest form since it is born of imagination rather than rational thought. As a result, artists may better portray their emotions and thoughts by using this painting style. Surrealist ideas developed in literature, painting, and advertising throughout World Wars I and II. Surrealism also delves into the unconscious and dreams. Surrealism, as a result, taps into the collective unconscious, which houses archetypal ideas and forms. Despite the strange juxtapositions, these images are identifiable and captivating. Written down below are pieces of information that you can obtain by reading further.

Birth Of Irrationality
The foundations of Surrealism symbolize the output of rationality, from the ramifications of World War I to the middle and upper classes. Surrealists felt that disregarding the illogical allowed people to reach the irrational, a separate cosmos that coexists with the rational mind. Surrealists take delight in their irrationality. For example, a clock may begin to melt, a man's facial features may begin to resemble those of an apple, and it may begin to rain men.

Autonomous Writing
While automatic writing is associated with Surrealism's literary side, its tactics infiltrate the creative process. It entails writing without interruption or conscious thought. There's even a famous writer's dialogue in which they communicate in this 'automatic' manner. Various artists employed automatism as an integral aspect of the creative process in the creation of art, most notably in the creation of surrealist paintings. Surrealist painters followed this by flowing with the flow and making fanciful works that came to them spontaneously.

Unconsciousness
Surrealism is heavily influenced by unconsciousness. It entails channeling the energy of our buried memories, as well as our underlying unexplainable worries, into something creative. Surrealism's strange dissociative universe enters the picture at this point. The ones where you're locked in a funhouse with a hundred mirrors and no way out; the ones where animals crawl all over you; and the famous one where you're free-falling to your death All of these ideas led surrealists to create the visuals and texts that came out of their movement. This implies that we don't always know what we want or why our bodies perform the way they do, even after a little psychoanalysis. Surrealism artist maryland   may use this dread to channel Surrealist thoughts and construct whatever we want.

Wide Dreams And Fantasies. The third Surrealist trait, dreams, and fantasies, can be simply deduced from the images just presented. Surrealists make art that is devoid of rational comprehension by extracting pictures from the unconscious mind. Surrealists get inspiration from this "psychological automatism" in the same way as Impressionists do. They are attempting to tap into this unconscious in order to unleash the power of their imagination, which is drawn from the dreamscapes they may encounter.

Comments
I BUILT MY SITE FOR FREE USING